Lawrence Huschle, formerly of Eden Valley, died peacefully Wednesday, July 2, 2015, at Cherrywood of Richmond. He was 94. 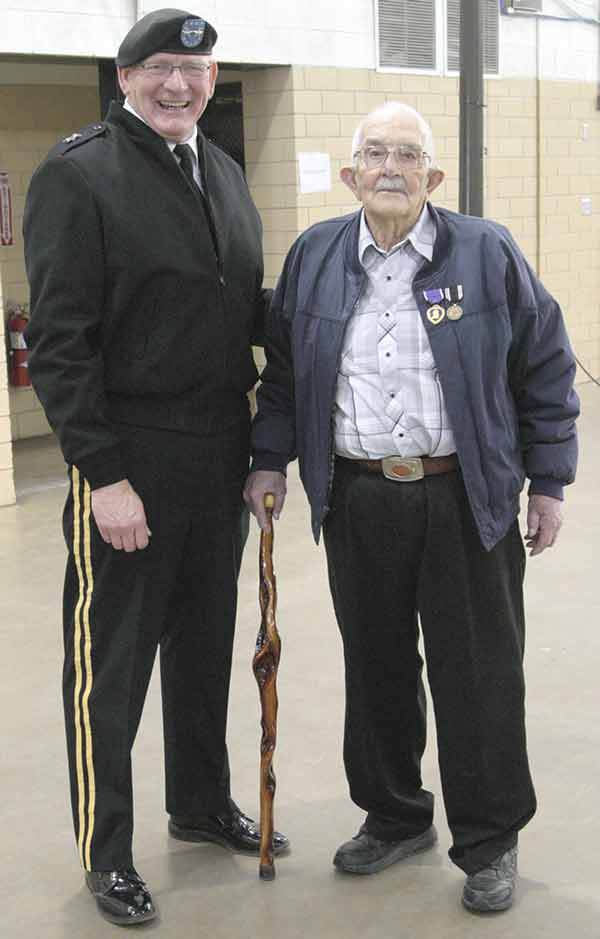 Mass of Christian Burial will be at 10:30 a.m. Monday, July 6, at Assumption Catholic Church in Eden Valley with Rev. Jerome Naduvathaniyil OSB officiating. Burial will be with full military honors at St. Peter?Äôs Cemetery in Eden Valley. Visitation will be from 4-8 p.m. Sunday and one hour prior to services Monday, both at the church. Parish prayers will be at 7:30 p.m. Sunday.

Lawrence was born June 17, 1921, in Sisseton, S.D., to Mike M. and Susie (Ernster) Huschle. He served his country in the Army Air Corps during World War II and received a purple heart. He endured 23 months and 21 days as a POW in Germany after his plane was shot down. After returning home, he married Monica Theis May 8, 1947, in St. Nicholas; she preceded him in death March 10, 2015.

Lawrence was preceded in death by his parents, wife Monica, brothers LeRoy, Raymond and Jerome, and sister Marcella Arnold.