Camp Courage celebrates its 60th year of serving individuals with disabilities this year. In 1955, Camp Courage opened to serve campers with physical disabilities such as polio, cerebral palsy, muscular dystrophy, as well as other congenital and acquired disabilities. Sixty years later, camp remains a place where individuals of all abilities come to relax, develop lasting friendships and experience new and
exciting activities.

The Goat Ropers reunited at the Camp Courage 60th Anniversary event to play for an eager crowd of old camp friends. Submitted photo.

To celebrate this milestone, Camp Courage hosted an alumni reunion and open house. More than 300 friends of Camp Courage joined in the festivities including one of camp?Äôs founders, Virginia Schoenbohm-Clymer and a counselor from the 90?Äôs who traveled from the Czech Republic to be a part of the day. Speaking at a short program, Virginia stated, ?ÄúCamp was built for just anyone, with any kind of disability, to enjoy being around wonderful, warm friends who are accepting and understanding.?Äù She recalled a quote from Hubert Humphrey as he dedicated the Speech and Hearing Camp that was added in 1966, ?ÄúThis camp is a living prayer.?Äù

Former camp director, Dave Phillips added, ?ÄúYou want to know that what you?Äôve done in life makes a difference in the lives of other people. Part of all of our stories is camp, and that?Äôs why it is special. Thank God for Camp Courage.?Äù 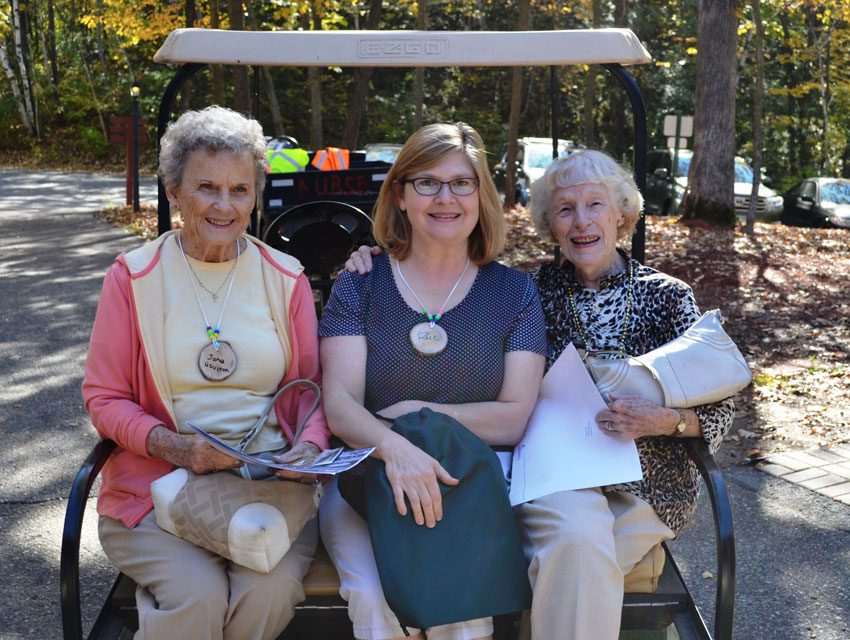 ?ÄúIt?Äôs an honor to be a part of something that has done so much good for so many people for such a long time,?Äù said President and CEO of True Friends, Ed Stracke.

Camp Courage is a part of True Friends, a nonprofit, privately-funded agency that enriches the lives of nearly 4,000 people with developmental or physical disabilities and special needs annually. Other camp locations include Camp Friendship near Annandale, Camp Eden Wood in Eden Prairie and Camp Courage North near Lake George. For more information visit www.TrueFriends.org, or call (952) 852-0101.

Nominations are open for 2016 Minnesota Teacher of the Year