Bridget Cronin of St. Paul died Sunday, March 17, 2019, at Regions Hospital as the result of a tragic accident. She was 50. 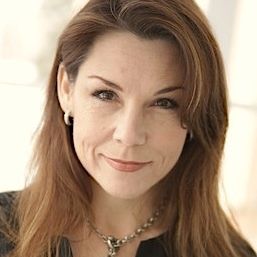 A funeral Mass will be held at 11 a.m. Tuesday, March 26, at St. John Vianney Catholic Church in South St. Paul. Visitation will be from 5-7 p.m. Monday, and one hour prior to Mass Tuesday, both at the church. There will be a luncheon after Mass followed by burial at St. Patrick’s Cemetery in Inver Grove Heights.

Bridget Mary Cronin was born Sept. 12, 1968 to Lillian “Kay” and John “Jack” Cronin. She grew up in Kimball, and was a member of the KAHS Class of 1987. As a star on the speech team, she later put her considerable communications skills to use in politics, business, and issue advocacy. She worked on numerous political campaigns, and she served as Communications Director for the Republican Party. She also lobbied on behalf of people with autism, and she was president of Baja Sol Restaurant Group. Bridget was active in the independent film community which led to her advocacy for veterans’ issues. She formed Ars Bellum, a non-profit dedicated to helping veterans with PTSD using art therapy. She was a big thinker, and she was a person of fierce loyalty and passionate support of whatever issue or project on which she was working. The most important focus of her life was her children.

Bridget was preceded in death by her father “Jack” Cronin, and her grandparents Kathryn and James “JF” Cronin, and Ella and George Rucki.

She is survived by her children Keiran (23), Maggie (16), Olivia (12), and Molly (10); her mother Kay Cronin; siblings Colleen (and Peter) Shin, Patrick (and Sabra) Cronin, and Kate (and David) Seckinger; her former husband Tony Sutton; and numerous nieces, nephews, and cousins whom she greatly enjoyed seeing at family events.

Memorials are requested in lieu of flowers.