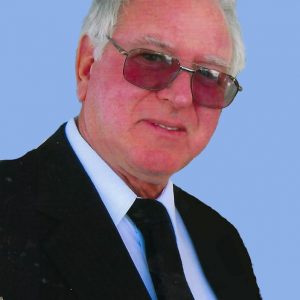 Services celebrating his life will be at 10 a.m. Tuesday, May 7, at the Miller-Carlin Funeral Home Chapel in St. Cloud. Burial will be in the National Memorial Cemetery in Phoenix, Ariz. Visitation will be after 10 a.m. Tuesday at the funeral chapel.

Richard R. Ulrick was born March 8, 1937, in Minneapolis to Walter and Irene (Matthews) Ulrick. He entered the U.S. Navy in 1958. He married JoAnn Hromadko and the couple had two children before they divorced. Richard met Margarita Manzranza who became his life partner for more than 30 years. He was an over-the-road truck driver for several years and, before retiring, he drove fuel trucks locally. He enjoyed boating, golfing, his buddies, and socializing. Richard was a member of the Mason-Mound Lodge.

Richard was preceded in death by his parents.

He is survived by his children Keith Ulrick (and Bernie Perryman) of St. Augusta and Gary (and Stacy) Ulrick of Carver, Minn.; granddaughter Sidney Ulrick; and siblings Donald (and Verna) Ulrick of Phoenix, Ariz., Ken Ulrick of Mosenee, Wis., Hazel (and Lowell) Jensen of Marrifield, Minn., James (and Judy) Ulrick of Plover, Wis., and Delores (and Roger) Calstrom of Kenyon, Minn.