Donita Knaus of Kimball has won her Pro Card and is now NANBF’s 2019
Ms. Natural Minnesota.
She won her IPE Pro Card in the Bodybuilding division at this year’s Mr. and Ms. ­Natural ­Minnesota Competition in ­Bloomington where her Coach Aaron Callister is the promoter of the largest natural bodybuilding show in the nation of the year. 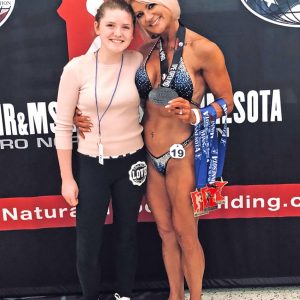 K/EV-W girls at the Scramble