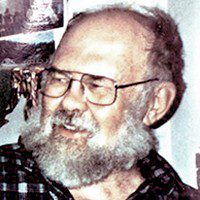 James William Hoeft was born April 19, 1936, to Harry and Katherine Hoeft on the home farm in Kimball where he grew up.

Jim was a jack of many trades and talents. He worked many years in the insurance business before moving on to car restoration. He played guitar with his bandmates Friday nights, until Parkinson’s didn’t allow him to. He had a love for country music, ballroom dancing (for which he won awards), cars, business, gospel, and for whoever was standing in front of him.

Jim is survived by his wife Sharon, sons Chad (and Audrey) and Corey (and Jolene), and grandchildren Hemlock, Rowan, Cassidy and Braeden. He also leaves behind many friends including his best friends Mark, John and Cheryl.