Thomas Unterberger died unexpectedly at his Watkins home from natural causes Friday morning, July 26, 2019. He was 64. 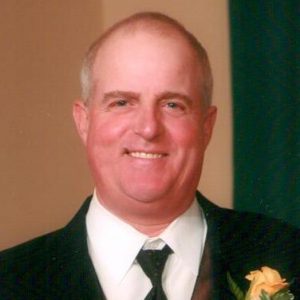 A Memorial Mass of Christian Burial will be held at 10:30 a.m. Wednesday, July 31, at St. Anthony Catholic Church in Watkins. A gathering of family and friends is scheduled from 4-8 p.m. Tuesday, and from 9:30-10:30 a.m. Wednesday, in the St. Anthony Parish Center in Watkins. Thomas L. Unterberger was born Sept. 14, 1954, in St. Cloud to Eugene and Olga (Gohman) Unterberger. Tom graduated from Eden Valley-Watkins High School in 1972.

Tom was united in marriage to Doreen Faber June 25, 1977, at St. Nicholas Catholic Church in St. Nicholas. They lived in Watkins where Tom was employed as a carpenter for Nistler Building and Supply for many years. He also worked for Hinz Construction and Melvin Mathies Construction. Most recently, Tom was employed with Kimball Rail Car Repair and R.M. Johnson Company prior to his retirement. He also owned and operated Sud’s Bar in Watkins for about 10 years.

Tom retired from the Watkins Fire Department after serving 25 years. He also was a member of the Watkins Chamber of Commerce for 10 years, serving five years as treasurer. His hobbies included fishing, hunting, walking, and playing cards. He especially enjoyed spending time with his children and grandchildren, and his dog Toto. Tom loved to tell jokes and stories, spend time at the hunting cabin, bonfires, and rides on the Razor.

Arrangements are with Ertl Funeral Home in Watkins.