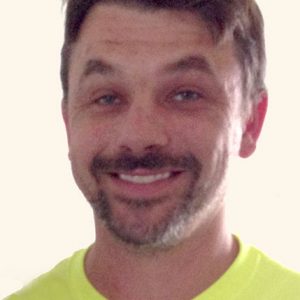 Travis Wayne Pope was born May 6, 1978, in St. Cloud to Wayne and Cindy (Becker) Pope. Travis grew up outside of Kimball and attended elementary school at Holy Cross School in Pearl Lake. He graduated from Kimball Area High School with the Class of 1996. Travis was a self-employed carpenter in addition to raising cattle on the family farm. He was united in marriage Aug. 25, 2019, to Sara M. Keller at their home in Kimball.

Travis was an outdoor enthusiast. It didn’t matter what he was doing: if he could be outside, he was happy. This included fishing, driving his Gator, and spending time on the lake. He was a sports fan, except for the NBA. He would proudly cheer for the Minnesota sports team that was competing. He was known to make the occasional trip to Fleet Farm, and he could fix anything, or solve any problem. Travis will be remembered fondly for his sense of humor and his wit. Above all, Travis cherished the time he was able to spend with his family, especially his daughter Ashtyn.

Travis was preceded in death by his father Wayne, grandparents Wheeler and Laura Pope, and close aunt and uncle Marie and Frank Pope.

He is survived by his wife Sara of Kimball; daughter Ashtyn; stepchildren Cali, Mason and Bode; mother Cindy (and Brad Northenscold) Pope of Waite Park; siblings Lindsay (and Scott Clark) Pope and their daughters Alexis and Isabelle of St. Cloud, Justin (and Heather) Pope and their daughter Brynnley of Kimball, and Kylie Pope (and fiancé Aaron Eisland) and their children Weston, Oliver and Everlie of Sauk Rapids; grandparents Reginald and Janet Becker of St. Cloud; in-laws the Wigdahl family; and many aunts, uncles, cousins, other family members, and dear friends.