James Van Nurden of Hutchinson died Monday, Sept. 9, 2019, at Prairie Senior Cottages in Hutchinson. He was 75. 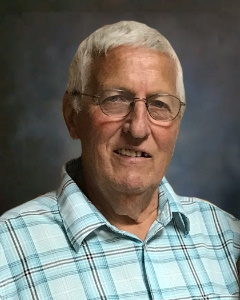 A memorial service will be held at 11 a.m. Saturday, Sept. 14, at St. John’s Lutheran Church in Cedar Mills Township in Meeker County with Pastor David Markworth officiating. Interment will be in the church cemetery. A gathering of family and friends will be from 5-8 p.m. Friday, Sept. 13, at the Dobratz-Hantge Funeral Chapel in Hutchinson, and continuing one hour prior to the service at the church Saturday.

James Clayton Van Nurden was born Sept. 3, 1944, in St. Cloud to Clayton and Louise (Donnay) Van Nurden. James was baptized and later confirmed, both at St. Anthony Catholic Church in Watkins. He received his education in Kimball, and he graduated with the Kimball High School Class of 1962. He was united in marriage to Diane Lynn Kruse Dec. 8, 1972, at St. John’s Lutheran Church in Cedar Mills Township where he became a member and served several terms as deacon and was the janitor for several years. This marriage was blessed with four children and they shared 46 years of marriage.

James worked in the production department at Hutchinson Technology Inc. until his retirement in February 2011. Previously, he had worked at Fingerhut and MoorMansFeed Company. James enjoyed gardening, fishing, watching sports, listening to Elvis music, and being outdoors. He loved his yearly trips to Hackensack and Duluth with his family. He especially enjoyed spending time with his family, grandchildren, and friends.

He is survived by his wife Diane of Stewart; children Stephanie (and Jeff) Salmela of Dassel, Richard Van Nurden of Stewart, Melissa (and Judd) Wiggert of Hector, and Jessie (and Hollie) Van Nurden of Hutchinson; grandchildren Ashlie, Jordan and Bryson Salmela, Ashley, Colton and Ellie Wiggert, and Caitlynn, Mackenzie, Jacsonand Wyatt Van Nurden; sisters Mary Lou (and Bob) Mobley of Buffalo, Jean (and John) Brager of Buffalo, Cheryl (and Joe) Garding of Kimball, Michelle (and Tim) Kuhn of Kimball, and Lori (and Glenn) Winter of St. Augusta; brothers Dale Van Nurden of River Falls, Wis., David Van Nurden of Columbia, Mo., and Ed Van Nurden of Kimball; mother-in-law DeLorna Kruse of Hutchinson; sister-in-law Donna Hoff of Litchfield; brother-in-law Duane (and Brenda) Kruse of Cosmos; and many other relatives and friends.

Thank you for the school supplies and more