Dennis Becker of Kimball died Sunday, Oct. 6, 2019, at Good Shepherd Community in Sauk Rapids. He was 76. 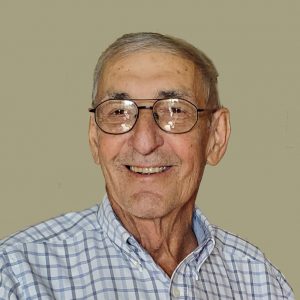 Mass of Christian Burial will be held at 11 a.m. Friday, Oct. 11, at the Church of St. Anne in Kimball with Fr. Tom Olson as Celebrant. Burial will follow in St. Anthony Catholic Cemetery in Watkins. Visitation will be from 4-7 p.m. Thursday at Dingmann Funeral Care Chapel in Kimball, with a prayer service at 4:15 p.m., and continue one hour prior to the service Friday at the church.

Dennis Allan Becker was born July 1, 1943, in St. Cloud to William and Francis (Eichers) Becker. He grew up in Watkins, and graduated from Nazareth Hall High School in St. Paul with the Class of 1961. He enjoyed his Fraternity of Seminarians of Nazareth Hall for the rest of his life. He was married to Janet Hagstrom in 1965. Dennis worked in construction, primarily as a sheet-rocker, retiring in 2008. He married Marilyn Jones Dec. 29, 2012, in Kimball. They lived on Lake Carnelian in Maine Prairie Township. Dennis was a member of the Church of St. Anne and the Catholic Order of Foresters. He enjoyed hunting, fishing, and collecting all things Red Wing.

Dennis was preceded in death by his parents, and brothers Duane, Daryl, David and Delton.