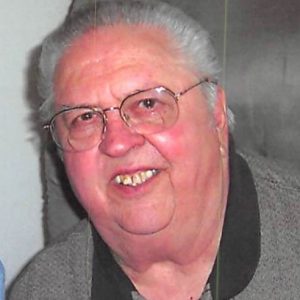 James “Jim” E. Fuchs was born Jan. 15, 1940, in Watkins to Aloys and Aurelia (Ophoven) Fuchs. On Sept. 7, 1964, Jim was united in marriage to Carol Schreiner. Jim served in the U.S. Army and in the National Guard. He was employed as a cashier for Glenwood Englewood Water Co. and worked in public finance in Minneapolis, Moorhead, and Milwaukee. Jim returned to Watkins and became co-owner of F&F Implement Service. He also had a small-engine repair shop. After his retirement, Jim drove school bus for Dockendorf Bus Service. Jim was a member of St. Anthony Catholic Church, Catholic United Financial, and was active with the Catholic Order of Foresters. He also was a member of the Watkins Lions Club, Watkins Sportsmen’s Club, and Watkins Chamber of Commerce. Jim served as a city council member for eight years, and he was past-commander of the Watkins Legion Post #453. Jim also served on the Watkins Rescue Squad. His hobbies included playing cards, fishing, deer hunting, filming family movies with the 8mm, and motorcycling.

Jim was preceded in death by his parents, wife Carol, and brother Michael in infancy.

He is survived by his daughters Michele (and Al) Hanson of Hamel, and Theresa Judge of Crystal; grandchildren Evan (and Jessica), Jerica, Chloe and Sean; great-grandson Greyson; siblings Richard (and Carol) Fuchs of Watkins, Mary Ann (and Lawrence) Flaschenriem of Watkins, Marjorie (and Tom) Simmons of Lindstrom, Allen (and Cheryl) Fuchs of Grand Forks, N.D.; and nieces and nephews.