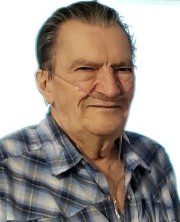 A Mass of Christian Burial will be held at 11 a.m. Thursday, Nov. 7, at St. Philip Catholic Church in Litchfield. Interment will be in the St. Gertrude Catholic Cemetery in Forest City. Friends may call from 5-8 p.m. Wednesday at Johnson-Hagglund Funeral Home in Litchfield, and one hour prior to services at the church Thursday.

Donald Francis Moyer Sr. was born Feb. 22, 1943, in Litchfield to Calvin and Hazel (Pennertz) Moyer. He grew up in the Watkins area and attended country school and Litchfield High School. He served in the Army National Guard. Don was united in marriage to Nancy Mackereth June 27, 1964, at St. Anne’s Catholic Church in Kimball. They lived in the Watkins and Litchfield areas, and Don was employed in maintenance with First District Association for 30 years. He then worked at the compost site for the City of Litchfield for seven years. Don also had a “small jobs” business and would hire himself out for odd jobs.

Don was a lifetime member of St. Gertrude Catholic Church in Forest City. He was a member of the Kimball American Legion and the Minnesota Draft Horse Association. His hobbies included ice fishing and coon hunting, and he enjoyed the coon hound dog field trials. In his younger years, Don enjoyed horses. He also enjoyed visiting with the Tuesday morning coffee group at McDonald’s. Don especially enjoyed spending time with his grandchildren and great-grandchildren, and watching old western and John Wayne movies.

Don was preceded in death by his parents, two grandchildren in infancy, and brother and sister-in-law Thomas and Marie Moyer.

Arrangements are with Ertl Funeral Home of Watkins.