Cinderella to play this weekend 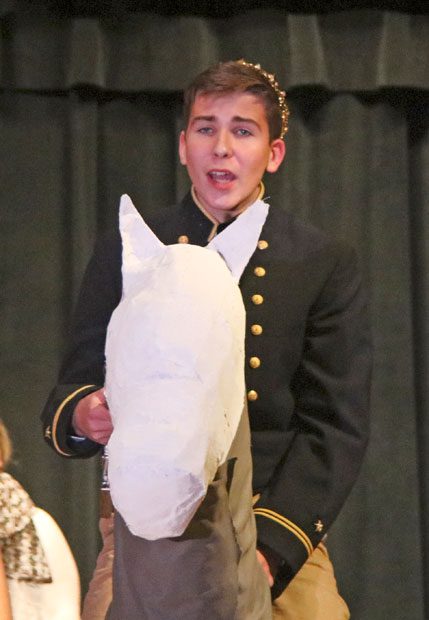 Be prepared to escape to the land of happily-ever-after; you’ll find it this weekend in the cafetorium of Kimball Area High School.

For the first time in several decades, students at KAHS will perform a fall musical. The play is “Cinderella,” the classic tale of a good and kind girl forced into servitude to her self-serving step-mother and step-sisters, who gets her Prince Charming in the end.

Auditions and call-backs for the show were last April, and rehearsals began four days a week at the beginning of this school year. Many of the students involved have had to juggle busy schedules – whether it was fall sports, jobs, or other commitments – in order to keep up with the learning curve.

“The past couple of weeks, the students have been working really hard memorizing lines and perfecting songs and choreography to get ready for performance,” says musical director Emma Hohulin. She adds that several students helped to create set pieces or sew costumes, and many parents and other community members helped with sets, costumes and props as well. “We are so thankful for everyone who has helped to make this show a success,” Hohulin says.

The play is directed by KAHS alumna Kenzie Traurig. Musical director is Emma Hohulin, who also is the vocal music teacher at Kimball schools.