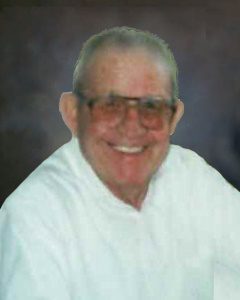 A memorial service will be held at 2 p.m. Saturday, Nov. 16, at the United Methodist Church in Litchfield. A gathering of family and friends will begin one hour prior to the service at the church. Military honors will be by the Litchfield Military Honor Guard. Kenneth Parks Langmo was born Jan 6, 1929, in Byron, Minn., to Kenneth Sr. and Vivian Sarah (Parks) Langmo. Kenneth was baptized as an infant, and confirmed in his faith as a youth at the Methodist Church in Byron. He received his education in St. Peter, and was a graduate of St. Peter High School with the class of 1948.

Kenneth entered active military service in the United States Army on Jan. 16, 1951, in St. Peter; he served his country during the Korean War as a foreman. He received an honorable discharge Sept. 29, 1952, at Camp Carson in Colorado, receiving a Korean Service Medal with one Bronze Service Star and a United Nations Service Medal; he achieved the rank of Sergeant First Class. On Nov. 24, 1953, Kenneth entered the United States Army National Guard in St. Peter. While serving in the National Guard, Kenneth was a bus driver until he was honorably discharged Nov. 23, 1954.

On March 7, 1953, Kenneth was united in marriage to Virginia “Ginny” Swenson at Trinity Lutheran Church in St. Peter. This marriage was blessed with six children: Debbie, Linda, Larry, Patti, Pam, and Mark. Kenneth and Ginny lived in St. Peter, Darwin, Grove City, and Bird Island, until making their home in the Litchfield area in 1983. They shared 66 years of marriage together.

Kenneth was a farmer, and he loved to drive which he made into a career. He always found a “shortcut” when driving. He retired from his farming and driving career in 1991. Kenneth was a member of the United Methodist Church in Litchfield, and a member of the V.F.W. Post #2818.

Kenneth loved to talk to people, and he could socialize with absolutely anyone. He was known as “Mr. Fantastic” because he was always “fantastic” whenever asked. He enjoyed driving around the country, word-search puzzles, and Polka music. He especially enjoyed time spent with his grandchildren, great-grandchildren, and other family and friends.

Arrangements are with the Hantge Funeral Chapel in Darwin.

Near 40 and cloudy midweek into the weekend