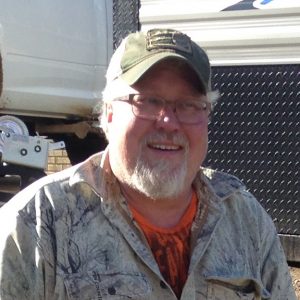 Funeral services will be held at 11 a.m. Friday, Nov. 22, at All Saints Lutheran Church in Darwin. Visitation will be from 4-7 p.m. Thursday, Nov. 21, at Johnson-Hagglund Funeral Home in Litchfield, and continue at the church Friday one hour prior to the service. Interment will be in the St. Gertrude Catholic Cemetery in Forest City.

Troy Richard Simmons was born May 8, 1964, in Litchfield to Charlie and Fritz (Nelson) Simmons. He was baptized and confirmed at All Saints Lutheran Church in Darwin. Troy attended school in Litchfield, and he graduated from Litchfield High School in 1982. He continued his education in taxidermy in Janesville, Wis. Troy worked for Cenex in the tire repair shop, and he also worked as a taxidermist. On July 26, 1986, he was united in marriage to Dana Wakefield at the First Lutheran Church in Litchfield. They made their home in rural Forest City. Troy loved the outdoors through hunting, fishing, trapping, camping, and gardening. He also enjoyed cooking, crafting, wood-working, and binge-watching movies, among other things. He was a talented artist, and he will be remembered for his generous, fun-loving personality. Spending time with his family was very important to him.

Cinderella was a big hit at KAHS