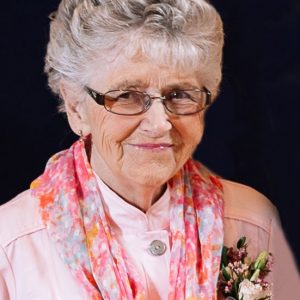 Funeral services will be held at 11 a.m. Monday, Dec. 2, at Kimball Christian Church with Pastors Kevin White and Jerry Albert officiating. Burial will follow at Fair Haven Cemetery. Visitation will be from 4-7 p.m. Sunday and one hour prior to the service Monday, both at the church. A prayer service will be held at 6:45 p.m. Sunday at the church.

Blanche Irene Miller was born Sept. 5, 1935, in Maine Prairie Township to George and Lilly (Olson) Vannurden, one of 16 children. She grew up on the farm, until her family moved into Kimball. Blanche attended school in Kimball, and she graduated with the KHS Class of 1953. Blanche was united in marriage to Allen J. Miller at the Church of Christ in Kimball March 16, 1957. They made their home on a farm near Fair Haven where they raised their four children. Blanche was a long-time member of the Kimball Christian Church, and her life was centered around her faith and family. In her spare time, she enjoyed quilting, needlework, cooking, and baking. It was not unusual for Blanche to share the fruits of her labor with others.

Tips for eating your Thanksgiving meal