A memorial service will be held at a later date. 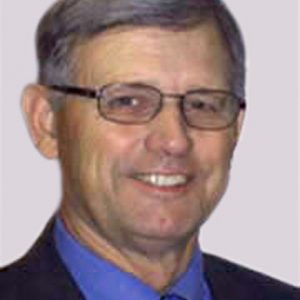 Stephen Everett Dille was born in Minneapolis March 16, 1945, the eldest child of Donald Everett Dille and Bonnie Marie (Anderson) Dille. He grew up in Litchfield with the exception of the two years his family lived in Igloo, S.D., while his father served as the chief medical officer at the U.S. Army Black Hills Ordinance Depot from 1955-57. It was there that Steve learned about rodeo, a sport in which he would later excel.

Steve was confirmed in the Christian faith Oct. 18, 1959, in the new First Lutheran Church in Litchfield. He graduated from Litchfield High School in 1963.  Steve competed in football and basketball, and was varsity co-captain in both sports his senior year. He was an active member in Future Farmers of America (FFA) and, as a senior, was elected president of the Litchfield High School chapter. He earned the FFA Chapter Star Farmer, District Star Farmer, and State Farmer awards. Throughout his childhood, Steve did farm chores with his Grandfather Dille, and he knew at a very early age that farming was the vocation he would pursue.

In 1969, Steve graduated from the University of Minnesota with a Doctor of Veterinary Medicine degree. During his college years, Steve earned part of his tuition by renting farmland from his father. He used teams of draft horses for much of the field work, and often claimed he may have been the last one to farm with horses in Meeker County. From age 5 and throughout his life, Steve was a true horseman who rode like the wind.

Immediately following graduation, Steve served as a veterinarian in South Vietnam with the United States Aid to International Development (USAID). From 1969-1972, he was part of the Vietnam War Pacification Program in the Mekong Delta region of the country, assisting Vietnamese livestock farmers to treat and prevent diseases, and along the way winning the hearts and minds of the local South Vietnamese people. In addition to treating livestock, he was instrumental in developing the first veterinary diagnostic lab in the Mekong Delta. Along with his interpreters and assistants, Duong-Quang-Thua and Duong Quang Ngu, Steve designed and delivered dozens of training programs to livestock producers to improve the health and production of their flocks and herds.

At the United States Embassy in Saigon in 1972, Steve signed papers to purchase a farm in Kingston Township. This is where his future family would live. With partners, employees, and family, Steve actively farmed for more than 60 years. He often expressed the opinion that children raised on farms gained valuable experiences well beyond what their counterparts received. Steve was very grateful that the farm he loved has continued to be owned and operated by his family.

In the Minnesota legislature, Steve was recognized for his thoughtful and bi-partisan approach to solving problems. He was often tapped to serve on conference committees to iron out differences between the two major political parties as bills were drafted into final form. He co-authored significant legislation that would later save many lives, including the 2007 and 2008 clean indoor air acts which prohibited smoking in public places, and the 2009 primary enforcement of seat belts law. He also chief-authored or co-authored almost all legislation dealing with feedlot, livestock production, and disease control passed from 1987-2010. In recognition of his legislative service, in 2014 Steve was inducted into the first class of the Litchfield High School Hall of Fame.

Steve was a student of history, especially local and family history. He authored and/or co-authored three family history books, as well as a publication on the value of livestock to the Minnesota economy. He also wrote an autobiography.

Steve gave generously of his time, volunteering for many local and state boards and committees. A patient, active listener, Steve proceeded with optimism, determination, and often humor as he met with colleagues and constituents. He enthusiastically and tirelessly pursued his work. By example, Steve instilled a strong work ethic in his children. He was extremely proud of his family.

He is survived by his wife Pamela; children Nicholas Dille of Madison, Ala., and his son Lucas; Kaisa (and Ky) Dickens of Burbank, Calif., and their children Harlow and August; Spencer (and Deborah) Dille of Tampa, Fla., and their children Amelia, Erik and Josephine; and Mitchell (and Emily) Dille of Litchfield and their children Lincoln, Isla and Annika. He also is survived by sisters Donna (and Dr. David) Lennon, Christine Dille, Dr. Corinne (and Cory) Dille Davis, and Ellie Dille; brothers Peter Dille and Andrew Dille; sister-in-law Rebecca (and Mark) Waterhouse; brother-in-law Tracy “T.R.” (and Kimberly) Johnson; mother-in-law Marjory Johnson; aunts Elaine Nygren and Beth Dille, and many nieces, nephews, and cousins.

Arrangements are with the Johnson-Hagglund Funeral Home in Litchfield.