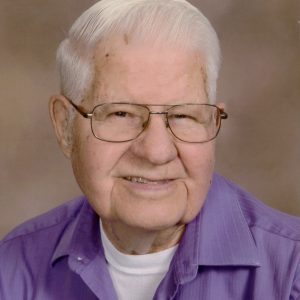 Funeral services will be held at 10:30 a.m. Tuesday, June 23, at Zion Lutheran Church in Annandale with Rev. Tyler LaGrave officiating. Burial will follow at approximately 11:20 a.m. at Concordia Lutheran Cemetery in Fair Haven. Visitation will be from 4-7 p.m. Monday, and 9:30-10:15 a.m. Tuesday, both at the church. Please bring a mask, and enter the church using the south entrance off of Chestnut Street. The funeral service will be live-streamed for those unable to attend.

Ralph J. Reid was born Dec. 17, 1930, in Blue Earth, Minn., to John and Ann (Blome) Reid. He grew up in the Winthrop area and farmed with family and neighbors. He was baptized and confirmed on June 22, 1947, at Trinity Lutheran Church in Waterville, Minn. Ralph joined the United States Navy and honorably served his country from 1950 to 1954. Upon his discharge, he returned to South Haven where he met the love of his life, Deloras Tolzman; they were united in marriage on May 28, 1955, at Concordia Lutheran Church in Fair Haven. They recently celebrated 65 years of marriage as life partners. They were members at Concordia until 1991 when they transferred to Zion Lutheran Church in Annandale.

Ralph worked as a heavy equipment operator in the Twin Cities for 35 years. He spent two years working on the Alaska pipeline, from 1975-1976. He retired in 1991, but continued to work part-time jobs until he was 80.

Ralph and Deloras enjoyed their three trips to Alaska, and the 21 years they spent on Pearl Lake in Marty. Ralph worked hard at everything and enjoyed keeping his lawn in perfect condition; a weed could not grow in his garden. He bowled for many years, sometimes three nights a week. His most favorite pastimes were fishing, playing cards, and feeding the birds. When fishing became too much the last few years, he spent his time watching westerns and sports.