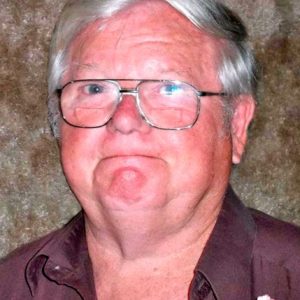 Funeral services will be held at 11 a.m. Wednesday, July 1, at Peace Evangelical Lutheran Church in Winthrop with Pastor Bob Miner and Pastor Kent Krumwiede officiating. The funeral will be live-streamed for those unable to attend. Burial will follow at Arlington Cemetery in Arlington, Minn. Visitation will be from 4-7 p.m. Tuesday, June 30, at Dingmann Funeral Care Chapel in Kimball, and from 9:30-10:45 a.m. Wednesday at the church in Winthrop.

Henry Adam Albers was born Aug. 17, 1940, to Werner and Emma Albers, at his parents’ farm in Green Isle, Minn. He was baptized and confirmed in his faith at St. John’s Evangelical Lutheran Church near Glencoe. Henry graduated with the Class of 1958 from Arlington High School. On May 18, 1962, he was united in marriage with Melva Weckwerth at St. Paul’s Lutheran Church in Arlington. They lived in Green Isle and North Minneapolis for a short time before moving to Robbinsdale to raise their family. They lived in Winthrop for 15 years, and retired to the shores of Lake Marie near South Haven in 1993. Henry was self-employed as a carpenter for more than 32 years. He worked mostly in the metro area, and was known for his finishing woodwork. In later years, he worked at a local bar in South Haven. Henry is a member of Peace Lutheran Church in Winthrop, and a former member of Beautiful Saviour Lutheran Church in New Hope, Union Local 653, and the Robbinsdale Lions Club where he served two terms as president. He enjoyed fishing, hunting, hanging out with his dogs and cats, woodworking, cooking, baking, and watching western movies. He loved the time he spent with his family and friends. Henry was deeply loved and will be dearly missed.

Casket bearers will be his grandchildren. Arrangements are entrusted with Dingmann Funeral Care Burial & Cremation Services in Kimball.

Temps in the 80s, highest percentage of rain expected Friday