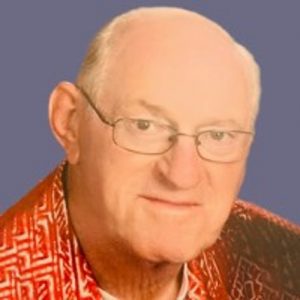 Funeral services will be held at 10 a.m. Thursday, July 2, at Mary of the Visitation Catholic Church in Becker.

Richard “Dick” Kantor was born to Anna and William Kantor, and he grew up in Chicago, Ill., and Swanville, Minn. Richard married Alice Kuechle on Nov. 28, 1959, and they raised their family in Blaine. Richard was employed by Murphy Motor Freight and Guidant Corporation until retirement in 1998. Richard enjoyed living on the lake, playing and listening to music (especially accordion and polka), a game of cards, lawn care, and all sports (especially golf, bowling, and the Vikings).

Richard was preceded in death by his parents, step-father Joseph Plohasz, and brother Robert Kantor.

Special thanks to Dr. Laudi with MN Oncology, and St. Croix Hospice.