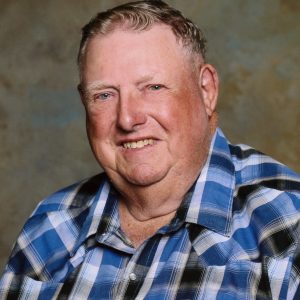 A private Mass of Christian Burial will be at 11 a.m. Saturday, July 11, at St. Anne Catholic Churchc in Kimball with Fr. James Statz as Celebrant. The service will be live-streamed on the funeral home website for those unable to attend. Burial will follow at St. Anne Catholic Cemetery. Visitation will be from 5-07 p.m. Friday, July 10, and 9:30-10:30 a.m. Saturday, both at Dingmann Funeral Care Chapel in Kimball.

John Theodore Adolph was born on the family farm in Maine Prairie Township to Theodore and Catherine (Becker) Adolph. Jack grew up on the farm, and attended school in Kimball graduating with the Class of 1952. After graduation, Jack was drafted into the United States Army where he was stationed stateside. Upon his discharge, he returned home to farm with his brother Bob. On Sept. 23, 1967, Jack was united in marriage with Elizabeth “Betty” Zanoth at St. John Cantius Catholic Church in St. Cloud. In addition to farming, Jack worked as a machinist for DeZurik in Sartell for 36 years. He also served as a supervisor for the Maine Prairie Township Board. Even though Jack was an extremely dedicated and hard worker all his life, he still placed his family first, and always remained family-oriented. Driving the combine was one of Jack’s favorite farming activities; he even combined the corn crop this past fall at the age of 86. In his spare time, Jack enjoyed playing games on the computer, watching RFD TV, providing Ranger rides to Fred, attending auctions, and listening to polka music. Abov e all, Jack cherished the time he was able to spend with his family, especially his granddaughter Emily.

Jack was preceded in death by his parents, wife Betty in 2011, sisters Alice (and Nick) Becker and Marie (and Clyde) Alberg, and brother Dick (and Donna) Adolph.

He is survived by his children Lynn Adolph (and significant other David Winters) of Kimball, Amy (and Dale) Seiffert of Brooklyn Park, Karla Adolph of Kimball, and John (and Tamilee) Adolph of Kimball; his beloved four-legged companion Fred; nieces, nephews, other family members and friends.