Roger Carlson of Litchfield died Saturday, July 4, 2020, at Meeker Manor Rehabilitation and Care Center in Litchfield. He was 89. 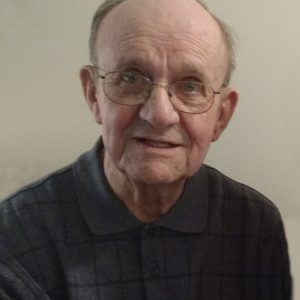 A private family funeral will be held. The service will be streamed on the Ostmark Lutheran Church Facebook page at 1 p.m. Wednesday, July 15.

Roger Spencer Carlson was born Jan. 26, 1931, in Litchfield to Delbert and Esther (Oberg) Carlson. He grew up in the Kingston area, and attended country school. After school, Roger worked on the family farm and eventually started farming for himself. On June 6, 1953, he was united in marriage with Jeanetta Steele at the Church of Christ in Kimball. They continued to farm in Kingston and Forest City Townships. Roger had dairy cows until 1967 when he sold them and started raising hogs. He later sold the hogs and focused his farming efforts solely on crops. He was a member of the Ostmark Lutheran Church and the Forest City Threshers. Roger had quite the collection of antique John Deere tractors. For many years, he enjoyed baseball, snowmobiling, deer hunting, fishing and spearing. He also enjoyed country music and watching the RFD channel on TV. He loved his family, and enjoyed having his grandchildren spend time with him on the farm.

Roger was preceded in death by his parents, sister Florence Sikkila, and infant brother Kenneth.

Arrangements are by Johnson-Hagglund Funeral Home in Litchfield.