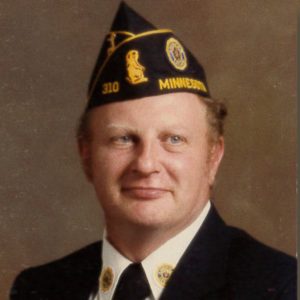 Memorial services will be held at 10 a.m. Friday, July 24, at Dingmann Funeral Care Chapel in Annandale with Deacon Ron Freeman officiating. Military honors will follow at the funeral home. Visitation will begin at 9 a.m. Friday. Burial will be at 12:30 p.m. at Hillside Cemetery in Minneapolis. All attendees are asked to abide by social distancing guidelines, and Tom’s family asks that masks or face coverings be worn.

Thomas Franklin Taylor was born July 1, 1943, in St. Paul to Frank and Ragna (Creutzer) Taylor. Tom grew up in south Minneapolis, other than the one year spent in Glava Glasbruk, Sweden, with his aunt Gerda. He graduated from Minneapolis Central High School in 1961. Following graduation, Tom entered the United States Army where he honorably served his country in Germany during the start of the Vietnam War. On June 24, 1967, he was united in marriage with Marie E. Johnson in Minneapolis; they were blessed with two children and three grandchildren. They made their home in Minneapolis where Tom worked as a painter; he painted for the Minneapolis Schools, Park Board, and Water Department. In 1994, Tom and Marie moved to the Annandale area where they have made their home since, enjoying the shores of Lake Sylvia and, most recently, Clearwater Lake. Tom was honored with a wildlife painting by the DNR after 20 years of teaching gun safety. As a proud United States Veteran, Tom was a member of the 40 & 8, Sons of the American Legion, DAV, and the American Legion. He served as Commander of Court House Post #310, Chef de Gare of Voiture #45 of Grande du Minnesota. As an outdoorsman, Tom enjoyed hunting and fishing in the early years, and now loved watching and feeding birds, reading, and watching NCIS and Wheel of Fortune. He also cherished time with his family, especially his grandchildren.

Tom was preceded in death by his parents, half-brothers Stig Nordemann and Gary Taylor, and half-sister Patty Campbell.

He is survived by his wife of 53 years, Marie of South Haven; children Michael (and Megan) Taylor of St. Michael, and Theresa Nelson of Castle Rock, Colo.; grandchildren Cross and Logan Nelson, and Mazie Taylor; two nephews in Sweden, and other nieces, nephews, family members, and friends.